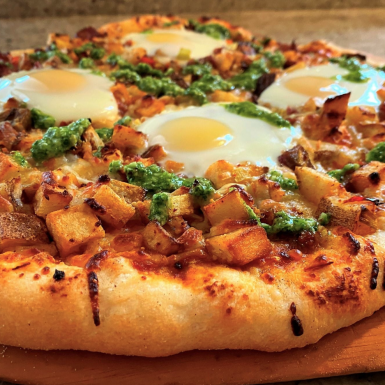 Crispy potatoes, smoky chorizo sausage, decadent eggs, and a bright almond pesto make for an incredible potato pizza that will whisk you away to the coast of the Mediterranean. This recipe was created by Chef Robert Bankert who won the grand prize for the Potatoes USA potato pizza competition.