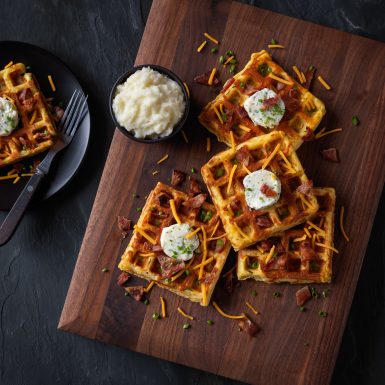 All the texture you look for in a waffle, crispy on the outside but fluffy on the inside. These waffles are loaded with cheddar cheese, chives and smoky bacon. An incredible dish that you can feature at your next brunch or breakfast.